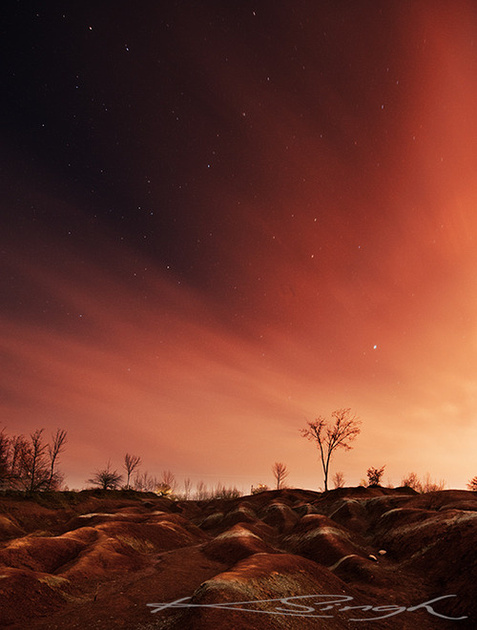 I just came back from a trip to Iceland.  While I would have liked to have shown a few pics from there, I don't think that's going to happen as soon as I would have liked.  To start with, one of my cards went kaput in the middle of a download to the PC.  I was lucky that I had backed up that specific card.  However, this could also have happened when I was initially making the backup and I could have potentially have lost many hundreds of pics (yes I know there are recovery software tools out there...tried a few but only managed to get 15% of the pics).  The better way is to use the second slot (if you have one) on your camera as a duplicate storage.  Learned my lesson...will do next time.

Now the pic in hand.  This was taken in the same location as my previous post.  However, for this pic, I wanted to show some stars.  I was in luck as shooting in the opposite direction gave me some clouds and some clearing which is a little more dramatic. Processed in a similar manner as the previous photo, I wanted the red and magenta colours to come out for a more dramatic presentation.

Due to the fact that I used an ultra-wide lens, I was able to get away with a 80sec exposure without showing star trails.

For my next post, I will discuss what worked and what didn't work during the Iceland trip as we had many challenges (weather being the main barrier).  Check back in a weeks time (or follow my space).